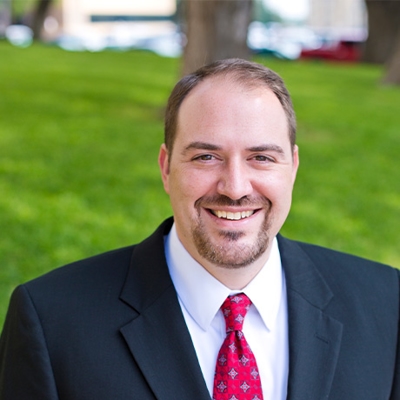 C. Barrett Thomas is a founding partner of Blanchard & Thomas, PLLC and the current Managing Attorney for the Waco location. He is a former First Assistant District Attorney and Chief of Police. He honed his skills as an investigator and litigator over 14 years in law enforcement.

Through that experience, he developed a knack for finding the truth – even when it is intentionally concealed. He now uses his investigative prowess to benefit his family and criminal clients, and to ensure his clients have the advantage, whether in settlement negotiations or the courtroom.

He was named an Outstanding Young Alumnus by Hardin-Simmons University in 2019. He has received both the Graduate of the Last Decade (G.O.L.D.) award and the Bob Black Bar Leaders award from Texas Tech University School of Law.

He was elected by his peers as the Outstanding Young Lawyer of the Year by the Abilene Young Lawyers Association in 2014.

He is a member of the Texas Bar College, Waco Chamber of Commerce, Family Law and Criminal Law Sections of the State Bar of Texas, and more. In addition to practicing traditional family law, Barrett is a certified mediator and collaborative law attorney.

Barrett is a former President of the Texas Young Lawyers Association, State Bar of Texas Board of Directors and Executive Committee, President of the Abilene Young Lawyers Association (twice), teacher at several regional police academies and law enforcement agencies, and volunteer with multiple charitable organizations including Greater Waco Legal Services. Barrett is a graduate of the 2019 class of Leadership Waco.

He enjoys time outdoors and drinking beer of all kinds. He loves to travel, and he has even been known to go on "adventures" with his sons and close friends which includes taking trips with no plans for a destination or lodging.

He takes pride in being a fifth generation Wacoan and the fact his children are sixth generation members of Austin Avenue Methodist Church. Mr. Thomas is most satisfied with his role outside the courtroom as a husband to his wife of over ten years and father to their four children.