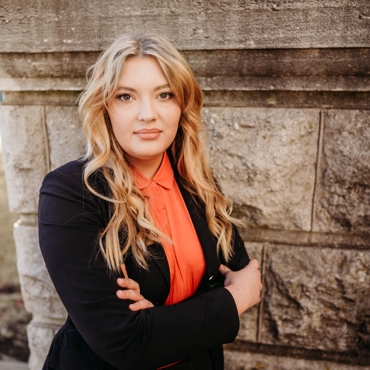 Courtney Thomson was thrilled to join the B&T family in August of 2021. She began as a legal assistant for the Dallas office. Since then, she has taken on the role of Paralegal for both family and criminal matters.

Courtney is a Texas girl through and through. She was born in North Texas, raised in East Texas and returned to North Texas for college. Since graduating high school in 2017, Courtney has been in Denton, Texas, with her own little family consisting of her cat, Tinker Bell, and her dog, Benji.

Courtney graduated in the spring of 2020 from University of North Texas. In a few short years, Courtney was able to secure her Bachelors of Science in Criminal Justice and Sociology. Courtney spent a semester as a volunteer intern for the Dallas Area Rape Crisis Center while completing her undergraduate studies and completed Advocate Training certified by the Office of the Texas Attorney General.

Courtney was a member of the College of Health and Public Service Dean’s List, The National Society of Leadership and Success, and she served on the UNT Student Counsel as a board member of the Student Union. Courtney is honored to be a lifetime member of Alpha Phi Sigma, the National Criminal Justice Honor Society. With ambitions of becoming a criminal defense attorney, Courtney returned to UNT and obtained her Paralegal Certification in the spring of 2021 and began her career in the field of law.

Courtney spends her free time painting, with friends, outside on a walk or in a hammock, at the dog park, reading, watching true crime documentaries, or visiting her family.

Courtney is a giving person in and outside of the office and wants to help each client achieve their best reality. One of Courtney’s most-cherished compliments she has ever received is, “You make this seem like the best job in the world.” In a world of harshness, Courtney aims to be a friendly face in your time of need.