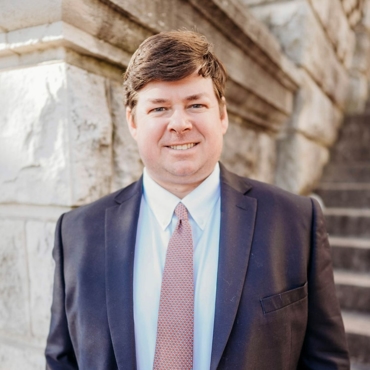 John Morkovsky was born and raised in Houston, Texas where he graduated from St. Thomas High School in 2005. After high school, John attended Texas A&M University where he studied Industrial Distribution in the School of Engineering and served as the president of Kappa Sigma Fraternity.

After college, John worked on the trade floor of a commodities firm in Houston before enrolling at South Texas College of Law, where he served as the Managing Editor of the Corporate Counsel Review and was a member of the South Texas Moot Court and Mock Trial teams before graduating in 2015. During law school and after, John worked at several well-respected law firms in Houston before accepting an in-house corporate counsel position for a large manufacturing and distribution company in Waco in 2019.

In 2022, Mr. Morkovsky joined Blanchard & Thomas, PLLC, where his primary practice areas include business & commercial law, family law, and real estate. John also serves as general counsel to a variety of businesses and organizations in Waco and Dallas. A zealous and well-prepared advocate in both the boardroom and the courtroom, John has first-chair and second-chair trial experience in both state and federal court.

John, his wife Rachel (a native Wacoan), and their daughter Helen reside in Waco along with their two golden retrievers, Annie and Willie.